With a focus on street performance, this year’s festival stretches the stage beyond the proscenium. Multiple venues spring up in unlikely places, ranging from town hall to swimming pool, to host spectacles from around the world.

Audiences can choose from shows by 16 international theatre companies and 8 Indian ones besides 7 in Malayalam.

The curators of this year’s edition have chosen works that expand the reach of the performances as well as reimagine public spaces, stimulating a reassessment of our quotidian perception of city and society.

They will inspire you, as curator Anuradha Kapoor says, to “reimagine the street; cars, buses squares, crossroads ... all thrown up in the air and recombined as theatre objects, scenery, reality...” inviting you to “plunge into the real word as it enters fiction, or as fiction enters the real world”

By bringing performance out into the open, the artist initiates a dialogue that is more direct, less cocooned and situated in relatable, everyday surroundings.

Art making in times of extreme cultural and economic nationalism

Session on Writing about the Arts

Practising art journalists get together to present their thoughts and confront the challenges facing art writing.

Talks at School of Drama

On 4 consecutive days renowned theatre makers will give talks to audiences at the School of Drama on subjects such as Scenography and Theatre Pedagogy.

is an artists’ collective from Germany, Finland and France that is famous for their onsite creation of performance in residency. Collaborating with three Indian artists – actor, singer and acrobat – for ten days, they will present a non verbal outdoor piece during the festival.

come together to create ‘Not our Business’, an intercultural street theatre project commissioned and coproduced by the International Theatre Festival of Kerala. Drawing from the writings of social scientists, agro-ecologists and investigative journalists such as Martin Caparros , Andrew Mwenda , Amartya Sen, Palagummi Sainath and Yogendra Yadav, a small group of actors and activists is making their own physical and cognitive explorations into questions of social and human conditions.

They will apply the improvisational and devising skills employed during their residency, journeying from idea to discussion, improvisation to narrative and then to performance.

a cutting edge outdoor theatre company from Spain, walks into a street with their suitcases and encounters it and the world it is in. Their performances are those of rediscovery – of a street, a city, a country. This time, they will train 30 Indian workshop participants to join them in their workshop process of devising and then to perform the resulting work on the streets of Thrissur town.

La Patriotrioco from Chile will be in Thrissur to create work that is part spectacle, part political statement and reflects the nature of the politically charged environs in which we live. They too will be recruiting from among applicants from the general public to spend time with in a workshop process which will lead to the creation of the final performance piece in the style of flamboyant spectacle.

Some of the Venues

Some of the Theatre Companies

This is not a Theatre Company

The Cabinet of Dr Caligari 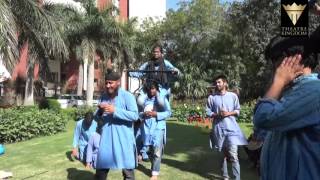 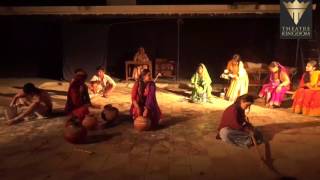 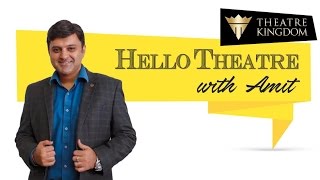 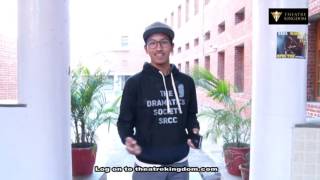 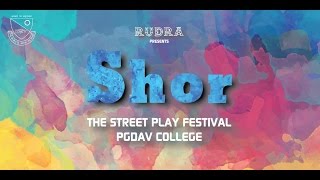